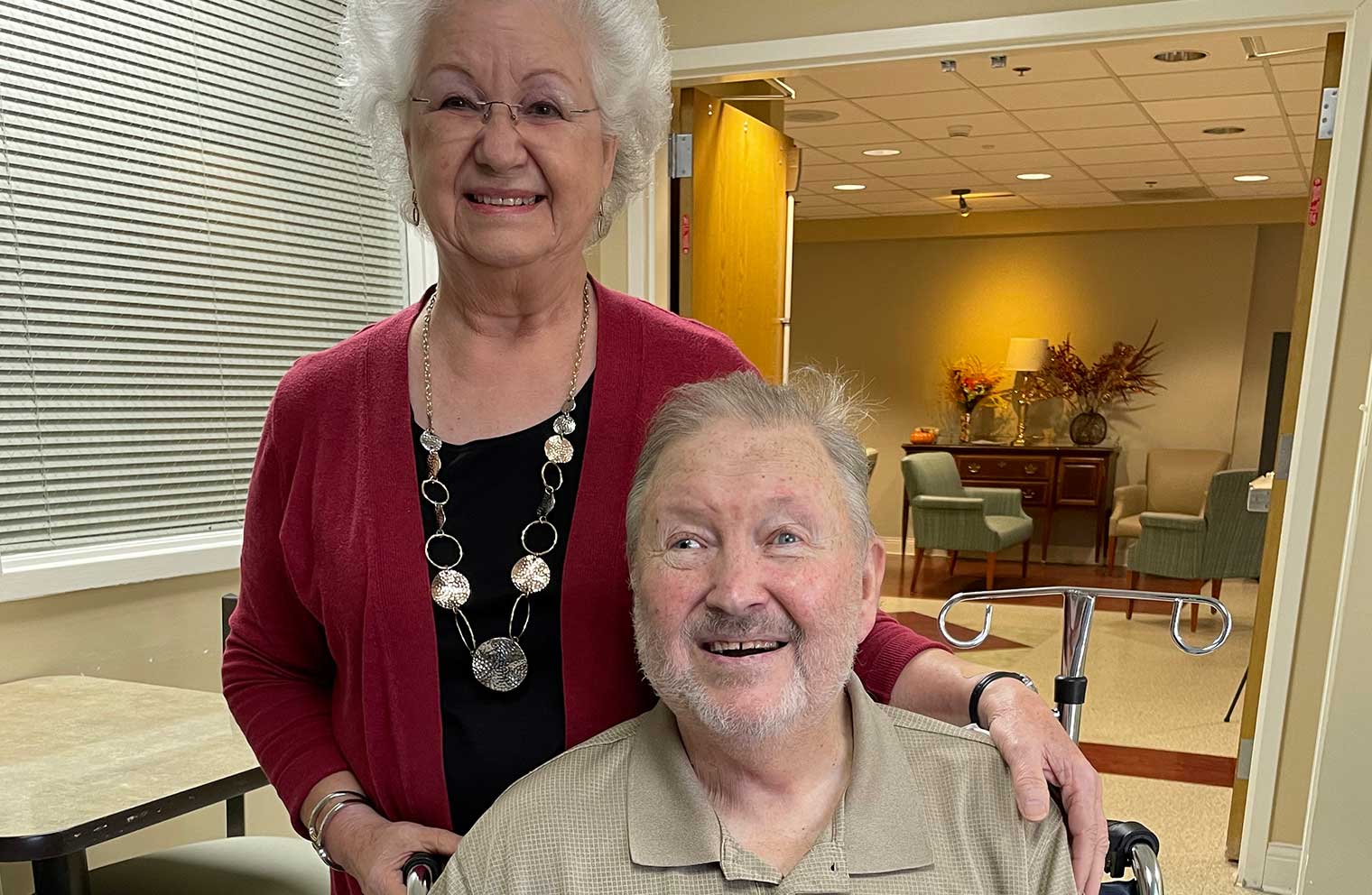 One Year. That’s how long it was for retired pastor Homer Hinson and his wife, Doris, to touch each other due to COVID-19 restrictions in Homer’s nursing home.

“We blew kisses through the window to each other every day,” Doris said. “Being married for 57 years, it was hard not being allowed to touch, hug or kiss him.”

Homer pastored churches for almost 40 years in South Carolina, most of them bi-vocationally. “God always sent us to churches that were struggling, and Homer and I would give all that we could to each one,” Doris said.

After spending a few years pastoring a church full-time, Homer suffered two heart attacks and had to resign. Feeling like the Lord was not done with him, he was called to pastor a smaller church, but his health continued to decline. “We just felt like we were going to keep going until we couldn’t go anymore,” Doris reminisced.

As Homer’s health declined due to major surgeries, he became disabled and had to retire. With little to retire on, Doris began reading about GuideStone’s Mission:Dignity® ministry. “I called and heard the voice of an angel telling me there was help on the way,” Doris said through tears.

Upon Homer and Doris’ reunion, they hugged, kissed through their masks and held hands as they talked. A little later, Doris picked up her mail, and a check was there from Mission:Dignity paying for some emergency needs. Doris said with a smile, “I felt doubly blessed.”