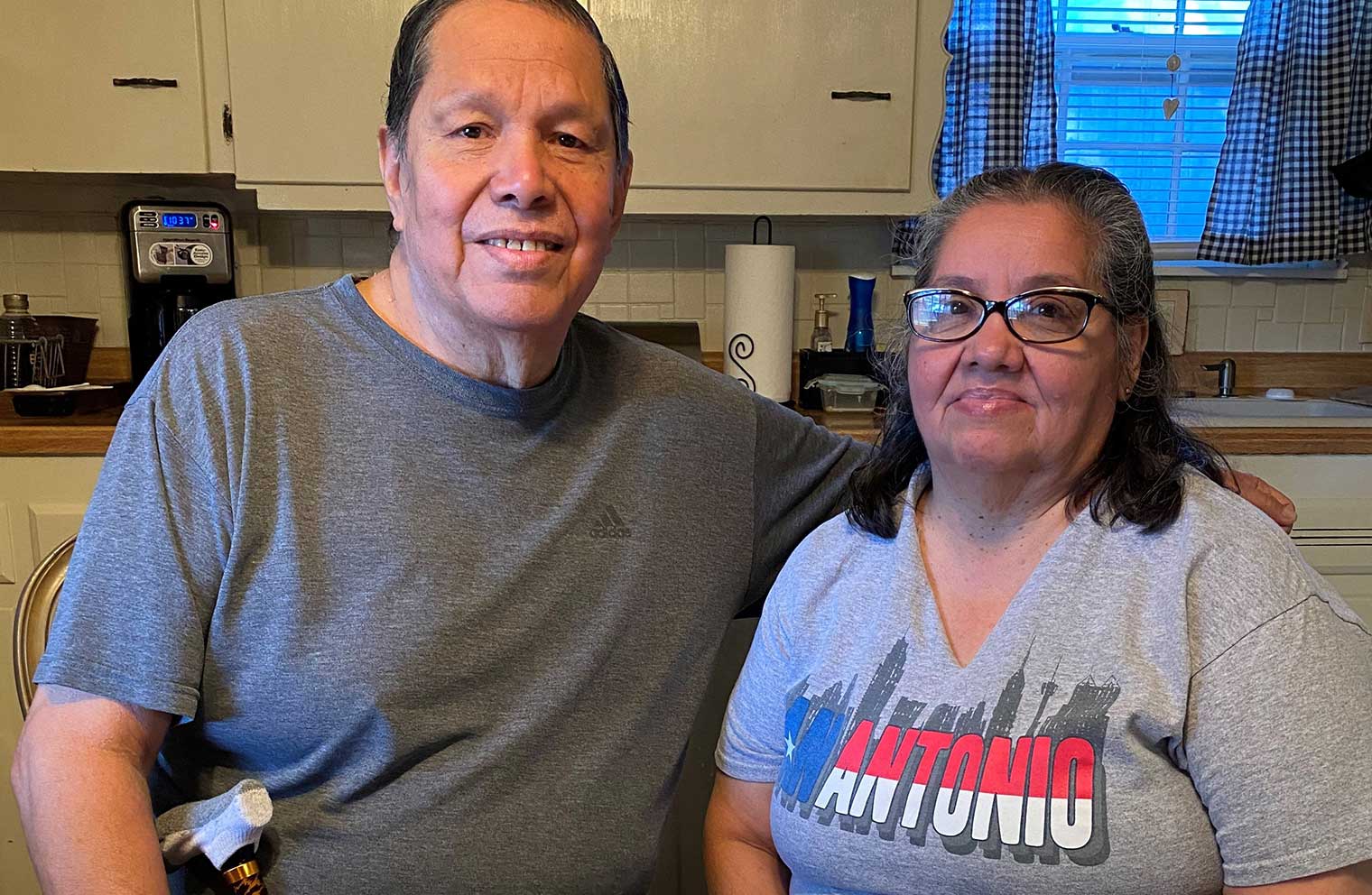 David and Maria Caballero were married before they were saved. Maria was saved first, led to the Lord by her father-in-law, and then, eight months later, David came to Christ also through his dad’s testimony. “He was different,” David remembered, “and I wanted that.” David had five brothers, also transformed by Christ, who all went into the ministry in some way or another — as pastors, music ministers or evangelists.

Similar to his brothers, David’s call to pastoral ministry came not long after his conversion, and the Caballeros served together for 39 years, church-planting in Texas.

In addition to the churches they served, Maria had her own ministry. She cared for many senior adults, first in their homes and then in her own for 30 years. On top of it all, David and Maria also felt called to be foster parents, raising countless children in need alongside their own.

As the Caballeros entered their season of retirement, the last few years brought some unexpected challenges. David lost two of his brothers to COVID-19; their roof was in dire need of replacement, and Maria needed urgent dental care. In the midst of navigating these tough situations, the Caballeros heard about Mission:Dignity®.

Upon being approved for financial assistance, the Caballeros were overjoyed. “There are no words that can express our gratitude. It was an answered prayer, and the assistance came at the right time. The additional help allowed us to breathe, and it took a load off of our shoulders. We know the Lord always provides, and He did!”